7 Facts About Your Tonsils 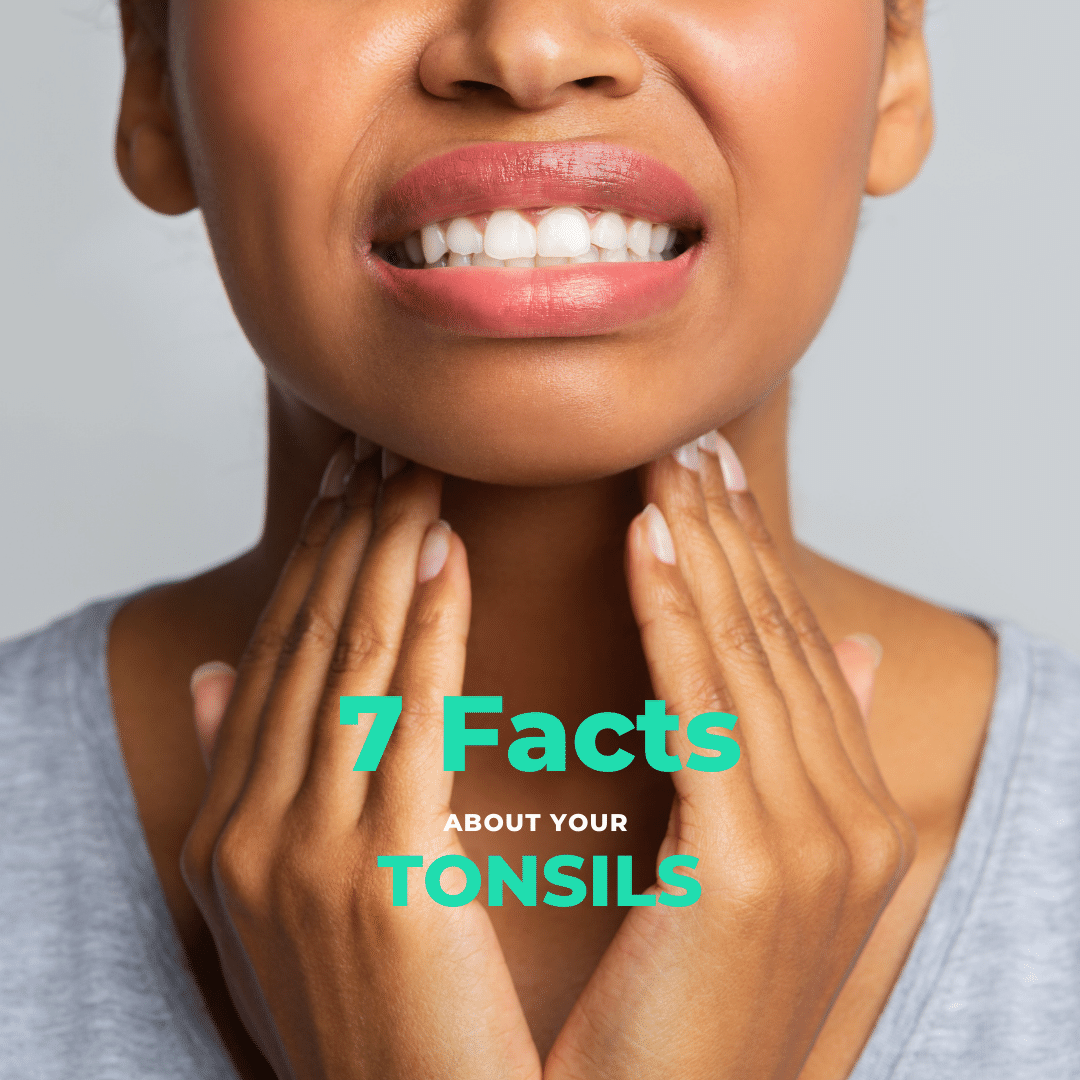 Have you ever wondered about your tonsils? Chances are you probably haven’t given much thought to these oval-shaped organs in the back of your throat. After all, they’re not noticeable when they are functioning properly.  Still, it can be helpful to know a little more about your tonsils. In this blog, we will talk about what tonsils are and list seven facts that you should know about them.

First and foremost, what are tonsils? Tonsils are lumps of soft tissue that sit on either side of your throat. They are part of the lymphatic system and have a number of functions, including the production of antibodies to fight off infection. As such, they are composed of tissue that is similar to that of lymph nodes. Each tonsil also contains crypts, or pits, that store B cells. B cells are a kind of white blood cell that the body uses to fight infections and produce antibodies.

Now that we have an understanding of what tonsils are, where they are located, and their basic function, let’s learn more by going over seven facts that you should know about them:

There are four types of tonsils.

The informal term “tonsils” refers to the palatine tonsils, which are one of four types of tonsils. In addition to the palatine tonsils, there are also the pharyngeal tonsils, tubal tonsils, and the lingual tonsils. There is one pharyngeal tonsil, often referred to as the adenoid, that is located behind the nasal cavity. There are two tubal tonsils that sit where the auditory tube opens into the nasopharynx. The lingual tonsils is a collection of tissue located on the root of the tongue towards the back of the mouth. Each of these tonsils makes up what is known as Waldeyer’s tonsillar ring. Regardless of their location, each set of tonsils is part of the lymphatic system.

The pharyngeal tonsil, known as the adenoid, can cause problems with breathing when it is swollen or too large. Oftentimes, this can impede one’s ability to breath through their mouth and can even cause frequent mouth breathing and snoring. In severe cases, large adenoids can also lead to facial deformities and obstructive sleep apnea. While most adenoids tend to get smaller after adulthood, some may need to be removed.

Tonsils can be affected by infections.

The two main types of tonsil infections, which are acute and chronic, occur when the tonsils’ defense mechanisms stop working properly. Acute cases happen suddenly and last only a few days while chronic cases are persistent and/or recurring. Tonsillitis is a common infection caused by bacteria or a virus that causes swelling, sore throat, and a grey or white coating on the tonsils. Mononucleosis, caused by the Epstein-Barr virus, can also affect the tonsils and cause swelling. Strep throat, caused by the streptococcus bacterium, is another common infection that can affect both the tonsils and the throat.

Tonsilloliths, more commonly simply known as tonsil stones, are small, calcified lumps that form in the crypts of the tonsils. They can occur when saliva, food, mucus, and dead cells get stuck within the pits of your tonsils. Eventually, these accumulations will harden into a stone that bacteria and fungi feed on. Tonsil stones can cause bad breath, difficulty swallowing, and a sore throat. They are more commonly seen in people who have large tonsils, chronic sinus problems, or chronic tonsillitis.

As we mentioned earlier, one of the main functions of the tonsils is to produce antibodies to fight infection. When they are functioning properly, they help keep the body healthy by preventing and fighting off infections. The tonsils contain B cells and T cells. B cells are a type of white blood cell that fights infections, while T cells are another type of white blood cell that destroy cells infected with viruses. Additionally, tonsils produce antibodies against infections caused by polio, streptococcal pneumonia, influenza, and various others.

Tonsils can be removed surgically.

If an individual experiences frequent or severe episodes of tonsillitis, the palatine tonsils may be surgically removed. This is a relatively common procedure that is referred to as a tonsillectomy. In some cases, your pharyngeal tonsils (adenoids) may also be removed. The process of removing your adenoids is known as an adenoidectomy. Tonsillectomies and adenoidectomies are generally safe and effective procedures with a low risk of complications. While the tonsils have important functions, they are not essential for survival and can be removed without any adverse effects. In fact, research actually indicates that removing the palatine tonsils do not increase or decrease the risk of infection. In short, this means that a tonsillectomy has no direct effect on your body’s ability to fight infection.

Tonsillectomies were a common childhood procedure.

Back in the day, tonsillectomies were a common childhood procedure. However, the reasons for having a tonsillectomy were much different then than now. Back then, tonsillectomies could be performed due to convulsions, bed-wetting, asthma, hoarseness, congenital abnormalities of the larynx, or chronic bronchitis. Nowadays, however, tonsillectomies are only performed when the removal of the tonsils are absolutely necessary.

Now that you know a little more about your tonsils, be sure to keep them in mind the next time you are feeling under the weather. If you experience any of the symptoms of a tonsil infection, such as swollen glands, sore throat, or fever, don’t hesitate to seek medical attention. A doctor can help diagnose the infection and prescribe the appropriate treatment. And if you are experiencing chronic tonsillitis or tonsil stones, then a surgical removal may be the best option for you. Thanks for reading! 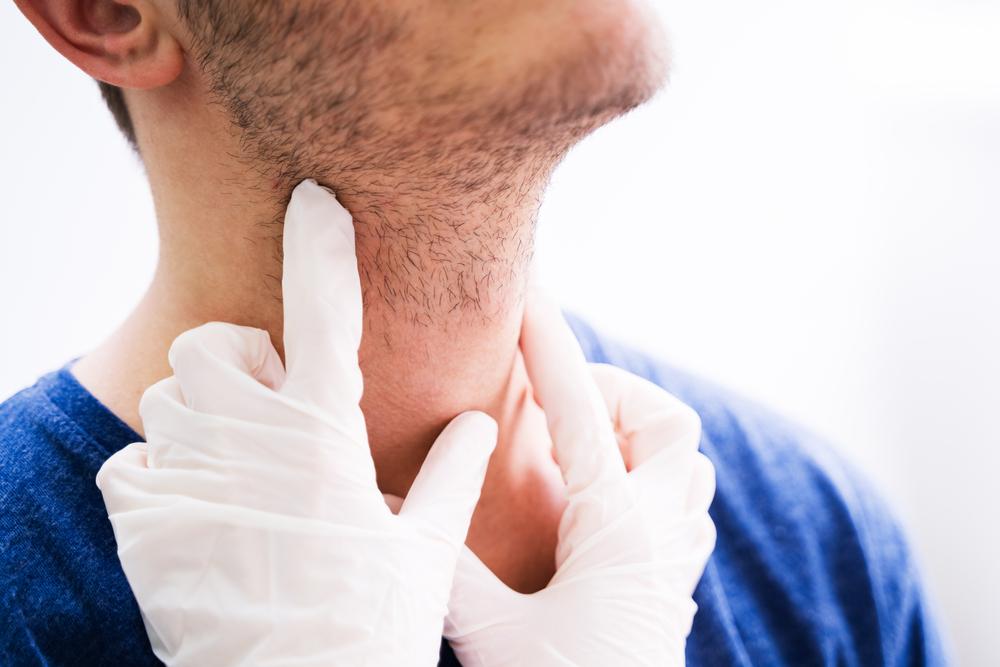 How A Chin Lift Can Change Your Entire Face

Snoring Got You Up All Night? Try This! (Snoring Treatments)

How Botox Reduces Stress And Anxiety